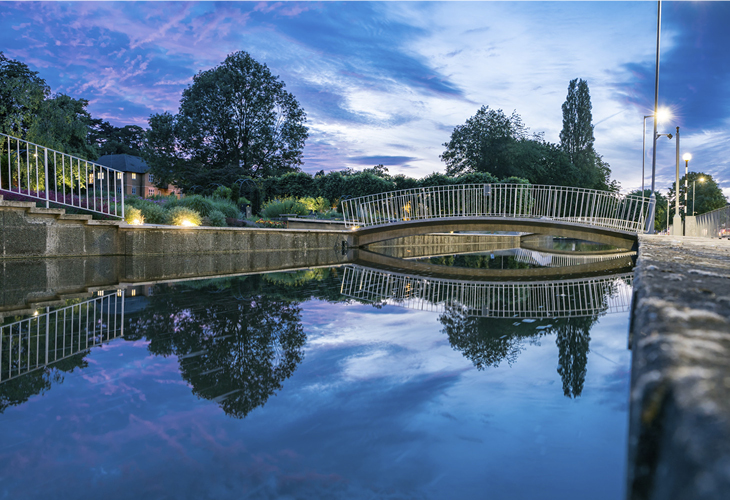 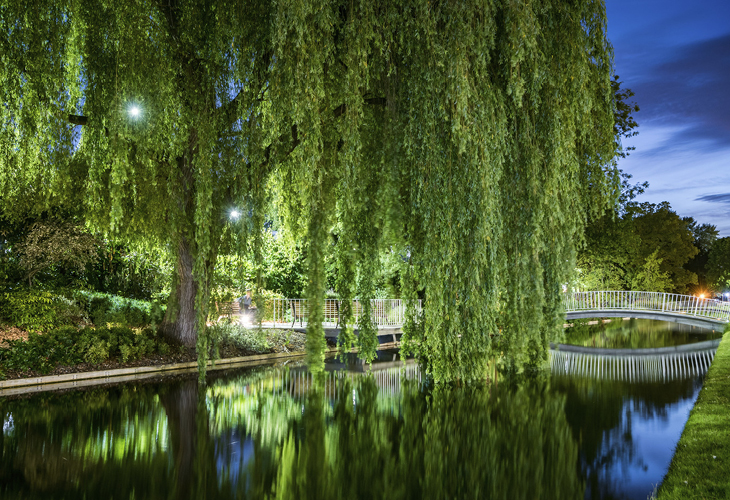 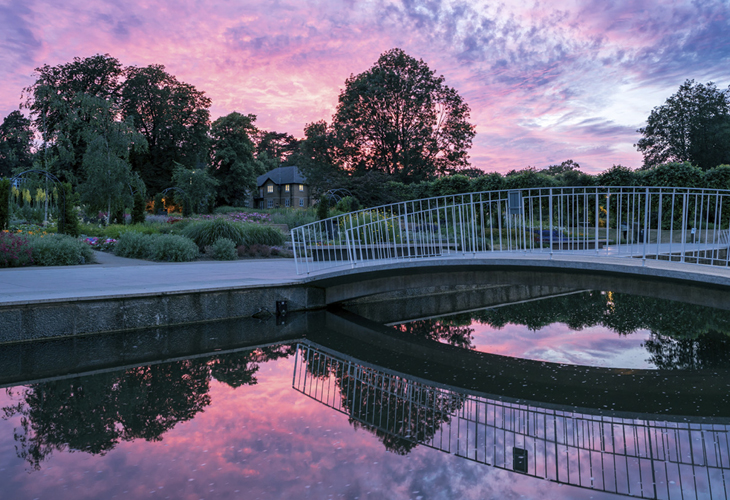 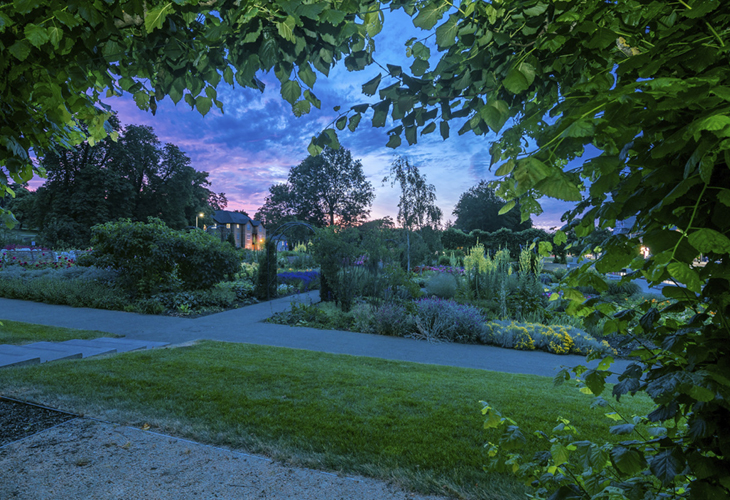 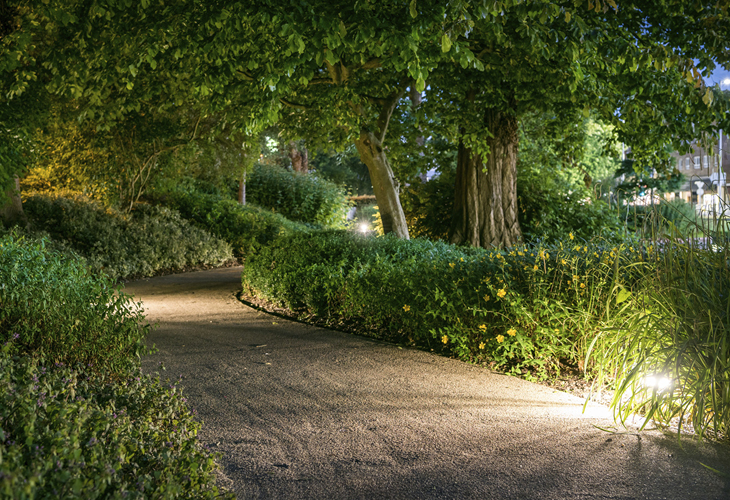 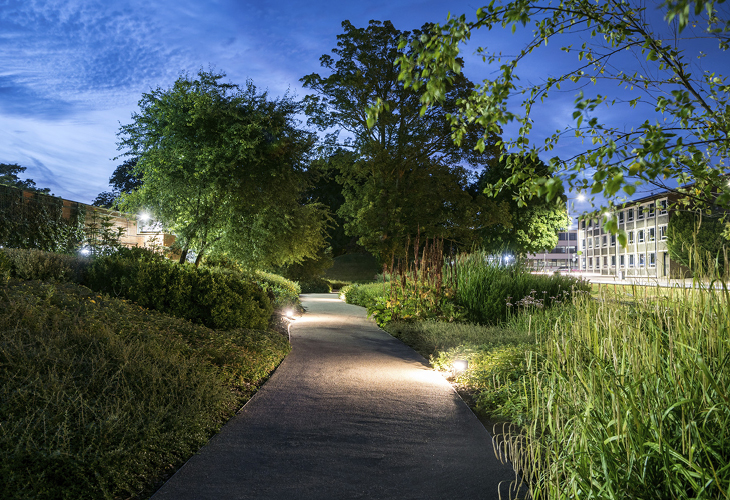 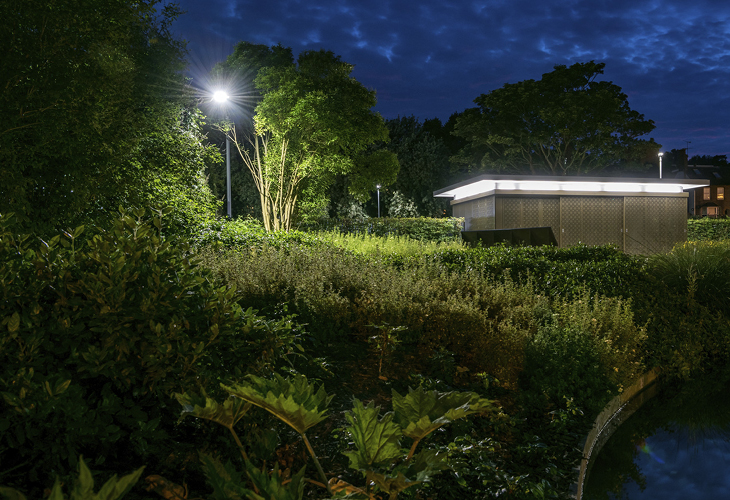 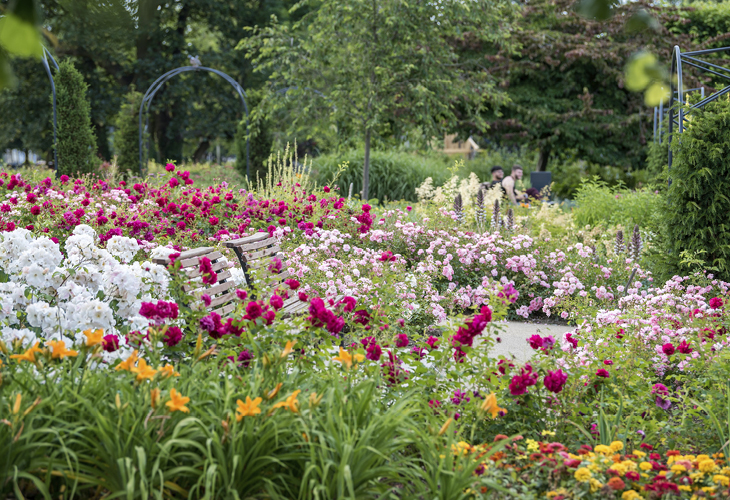 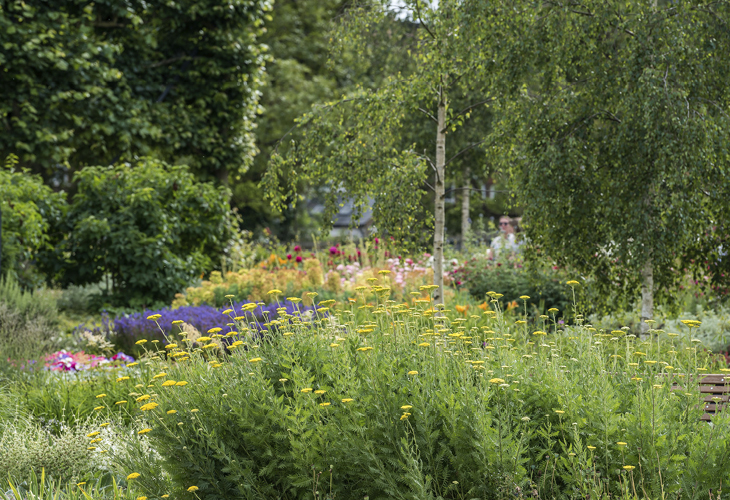 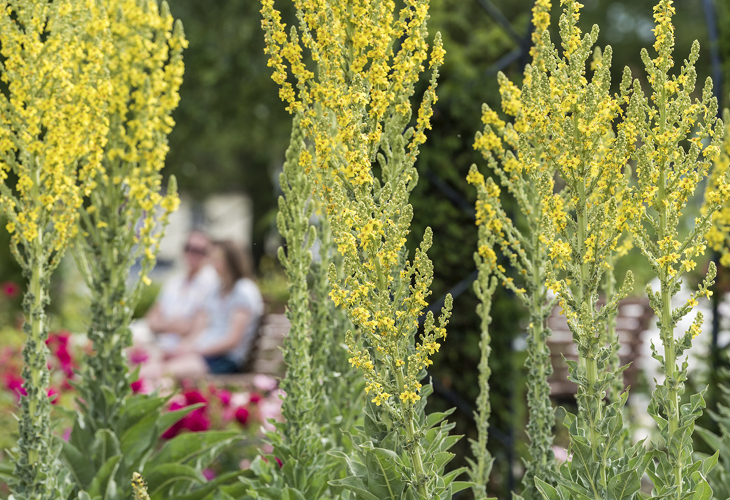 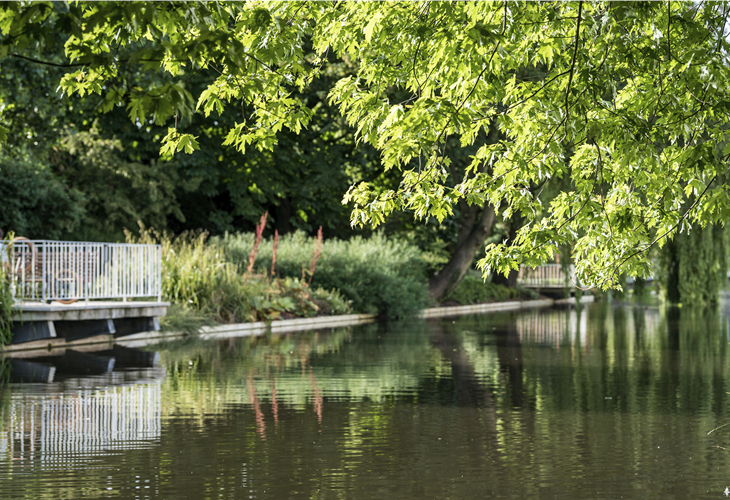 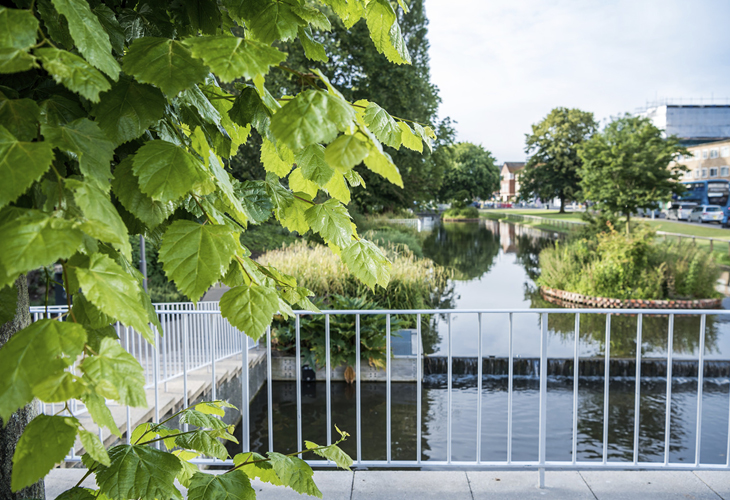 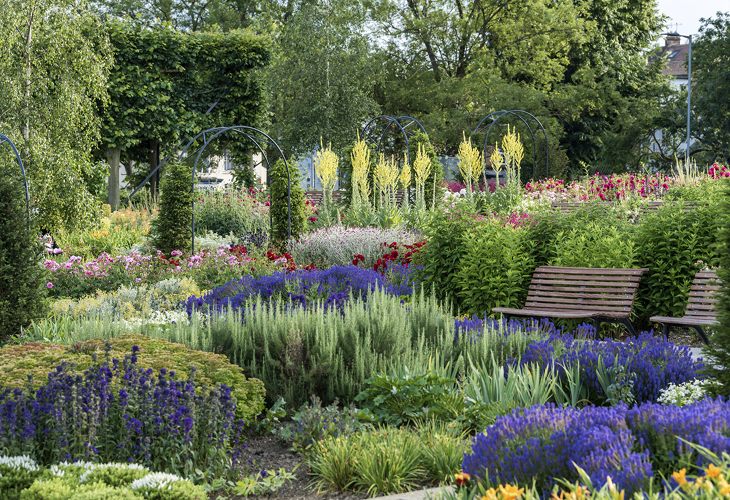 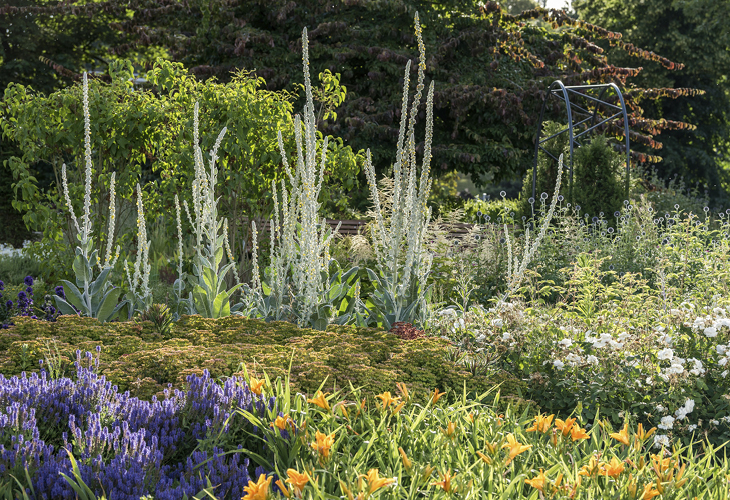 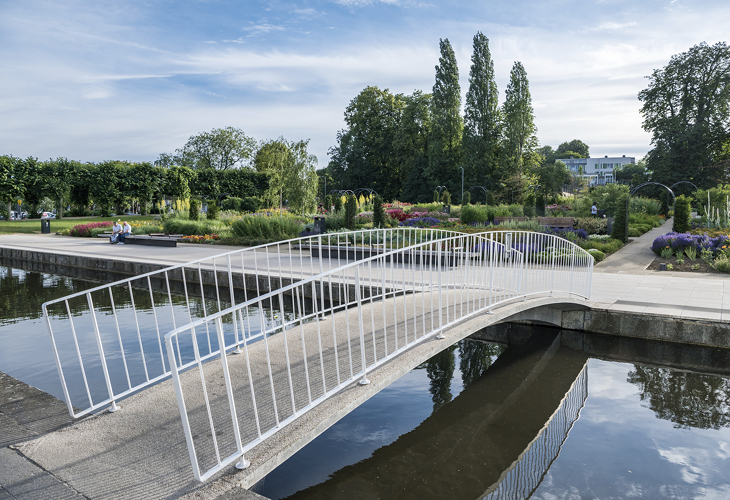 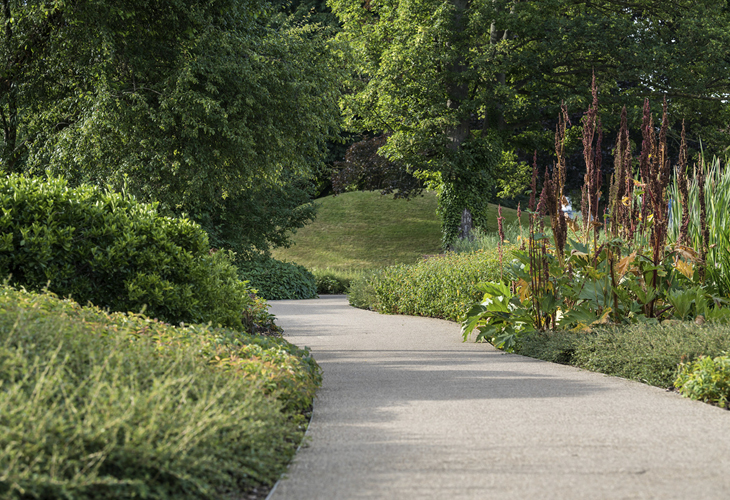 The Water Gardens were originally designed by Geoffrey Jellicoe, the foremost 20th century British landscape architect. They were conceived as an integral part of the New Town masterplan and as the principal civic space serving the town centre. They represent an important period in landscape design when philosophical, cultural and social aspirations were realised through an integrated approach to town and landscape planning. But the scheme had a negative impact on the environment and its surrounding river catchments.

When we became involved in 2012, the Gardens were in danger of being lost due to environmental issues stemming from the original design. The scheme is centred around the River Gade, a chalk stream and ‘Main River’. Its canalisation and widening as part of Jellicoe’s scheme had resulted in an overly wide watercourse, reduced waterflow, silting and an increase in water temperature. This was compounded by the introduction of weirs which inhibited the movement of fish through the wider river catchment.

Citing the European Framework Directive to improve water quality, the Environment Agency were placing pressure on the Council to demolish Jellicoe’s scheme and naturalise the River Gade. HTA liaised with the Environment Agency, Historic England and a wide group of stakeholders to find a solution that balanced the competing needs of the built and natural environments and enabled the Gardens to be saved. A series of measures were implemented to enhance biodiversity and improve water quality without comprising Jellicoe’s original design - fish passes were introduced, the river desilted and invasive vegetation removed.

Another issue that had impacted upon both the scheme and environmental quality was the introduction of a decked car park along the northern  edge of the Gardens, The entire length has been clad by an instant ivy screen which serves as a green backdrop to the Serpentine Walk, hiding cars, reducing light spill and noise and absorbing air pollution. Intrusive lighting columns have been replaced by low level bat-friendly lighting.

A new biodiverse planting scheme has been implemented along the lake edge and marginal planting reintroduced to evoke the original design but using only native plant species. The central Flower Garden is now overflowing with wildlife-attracting plants, chosen to provide nectar, pollen and berries over a prolonged season.

As part of the funding, the services of a new fulltime gardener has been secured supported by new seasonal staff and an apprentice to ensure the Gardens are well maintained into the future. Their work is informed by a 10-year management and maintenance plan. New facilities - an office, working garden and compound have been provided to support the increased management and maintenance regime.  In addition, a part-time community engagement officer is in post to support the Friends Group and provide training so that volunteers can contribute to the maintenance.

Since the works were completed, the Gardens have become a wildlife haven in an urban setting. A heron and kingfisher are now resident in the Gardens; dragonflies and fish have returned and indicator species show that the Gade’s water quality has been significantly improved.