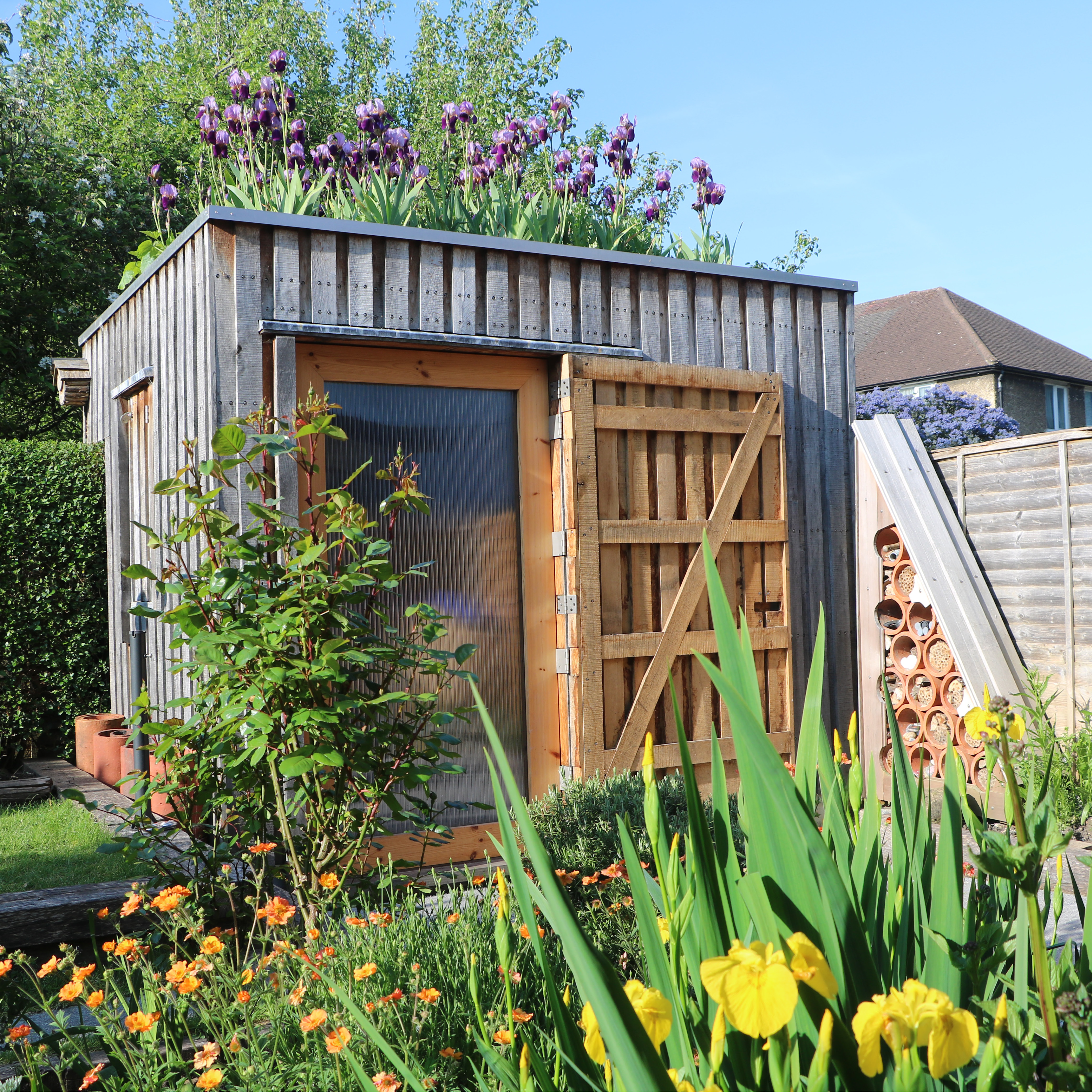 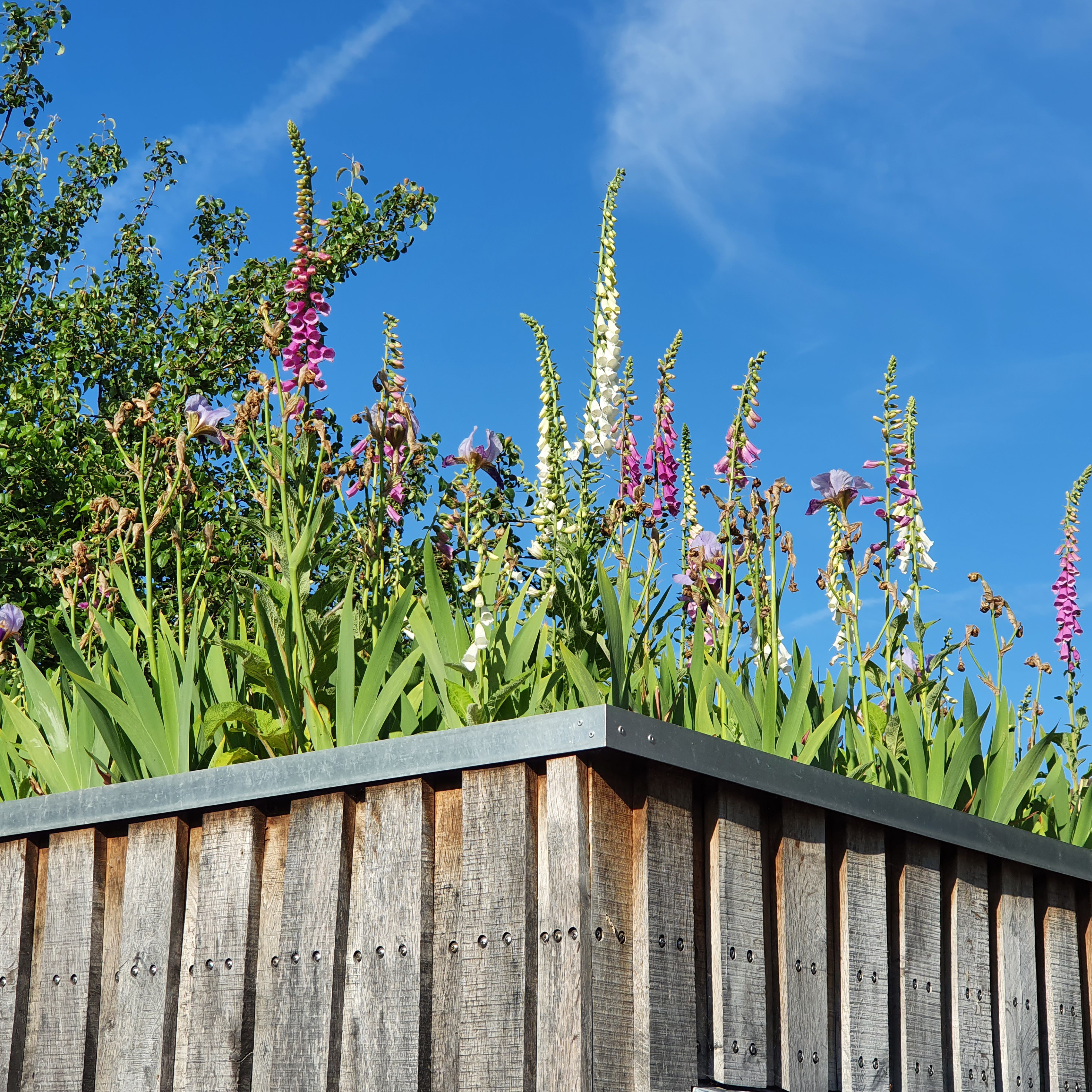 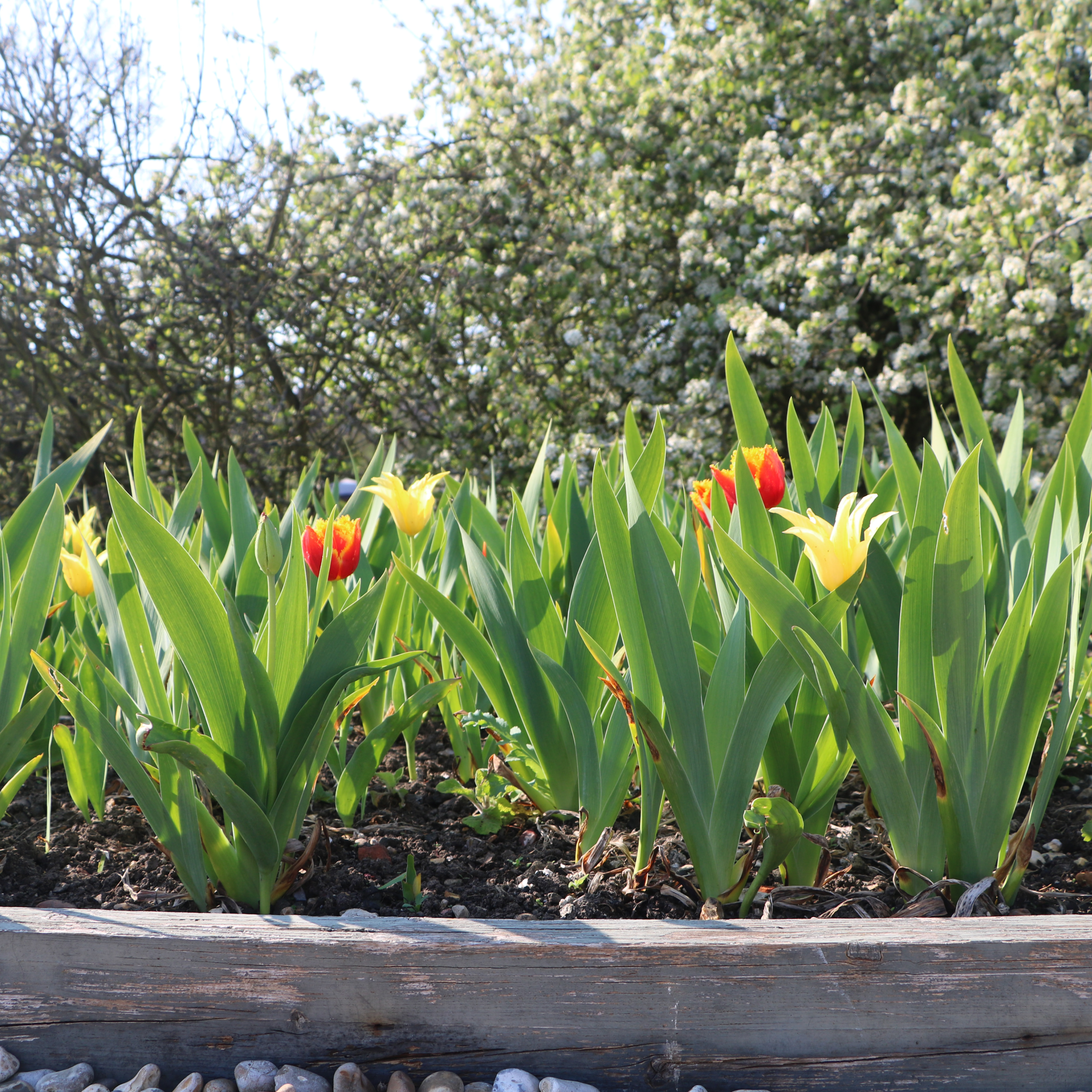 “The nation that destroys its soil, destroys itself.” – Franklin Delano Roosevelt, 32nd precedent of the United States of America.

Topsoil is disappearing at an alarming rate of about 1 percent a year mostly due to agriculture. So to see skips full of rich soil being taken from gardens for extensions or landscaping and carted away to landfill as waste is just awful. This life-giving material is irreplaceable and once lost it can take 200-400 years to regenerate depending on the climatic zone and thousands of years to become fertile.

In 2014 I built a garden studio and to keep the topsoil from the foundations I designed it with a semi-intensive green roof garden (150-200mm deep of soil). The studio was built using heavy sections of German Douglas Fir timber with a 25mm thick marine grade plywood roof deck laid to a falls to an outlet that would drain to a soakaway. Green roofs that use soil are good for water attenuation but are heavy so the studio needed to be well built using a strong structure of sustainably certified timber.

The water proofing layer was a 1mm rubber based pond liner laid over a protective underlay fleece that you can get from most aquatic garden suppliers. This waterproofing had to be continuous and dressed over a perimeter upstand above the soil line and down into the outlet. Taking some advice from HTA’s landscape team I then created a drainage layer of ridged plastic sheet above the waterproofing with lots of drainage holes drilled in the upper most rib forming a water retention sump below - excess water can then drain away. A geotextile membrane was then laid over the ribbed sheets to retain the finer soil particles. Before the soil was added a root and spade barrier was formed from porous woven recycled 1 tonne bags cut into sheets.

I used recycled timber edging placed parallel to the roof edge to retain a 200mm wide pebble drainage border. The inside area was then filled with soil. Inspiration for the planting came from northern Spanish and the stone shepherds’ huts found in Navarra which have Iris growing over them. The plants are tough and resilient and a must for a planted roof relying on rain fall!

I like letting nature take control and telling us what works best. Purple Iris seemed to do well and decided that a crop of organic strawberries out the way of slugs would be a high value essential. Initially the crop grew well but required too much maintenance and compost for nutrients. I ended up with tulips in spring, iris in early summer and self-seeded flowers such as huge fox gloves and poppies through to autumn.

The flowers were a hit with insects, and I importantly kept the topsoil. What a difference a small roof garden makes in a dreary garden corner that everyone can enjoy! 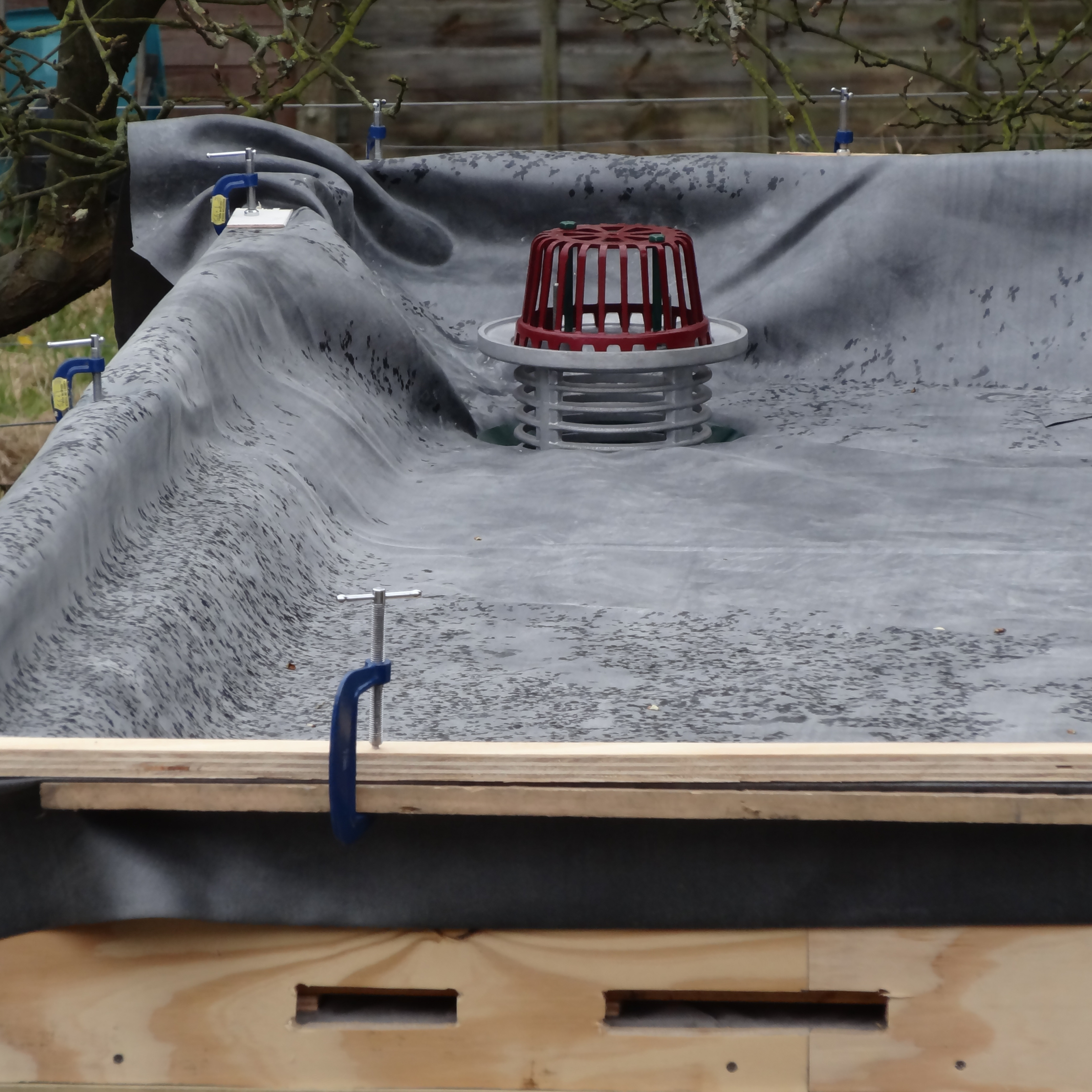 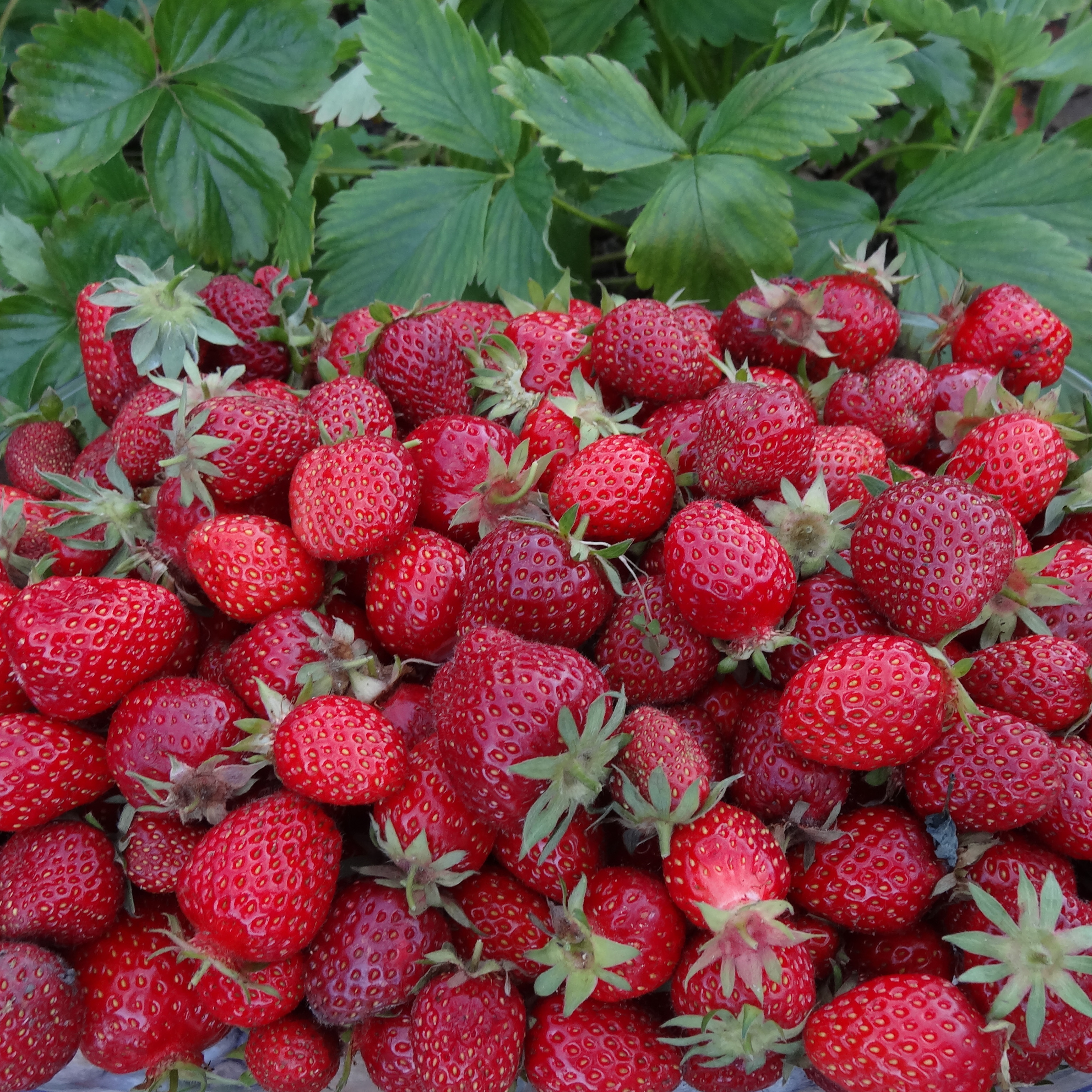